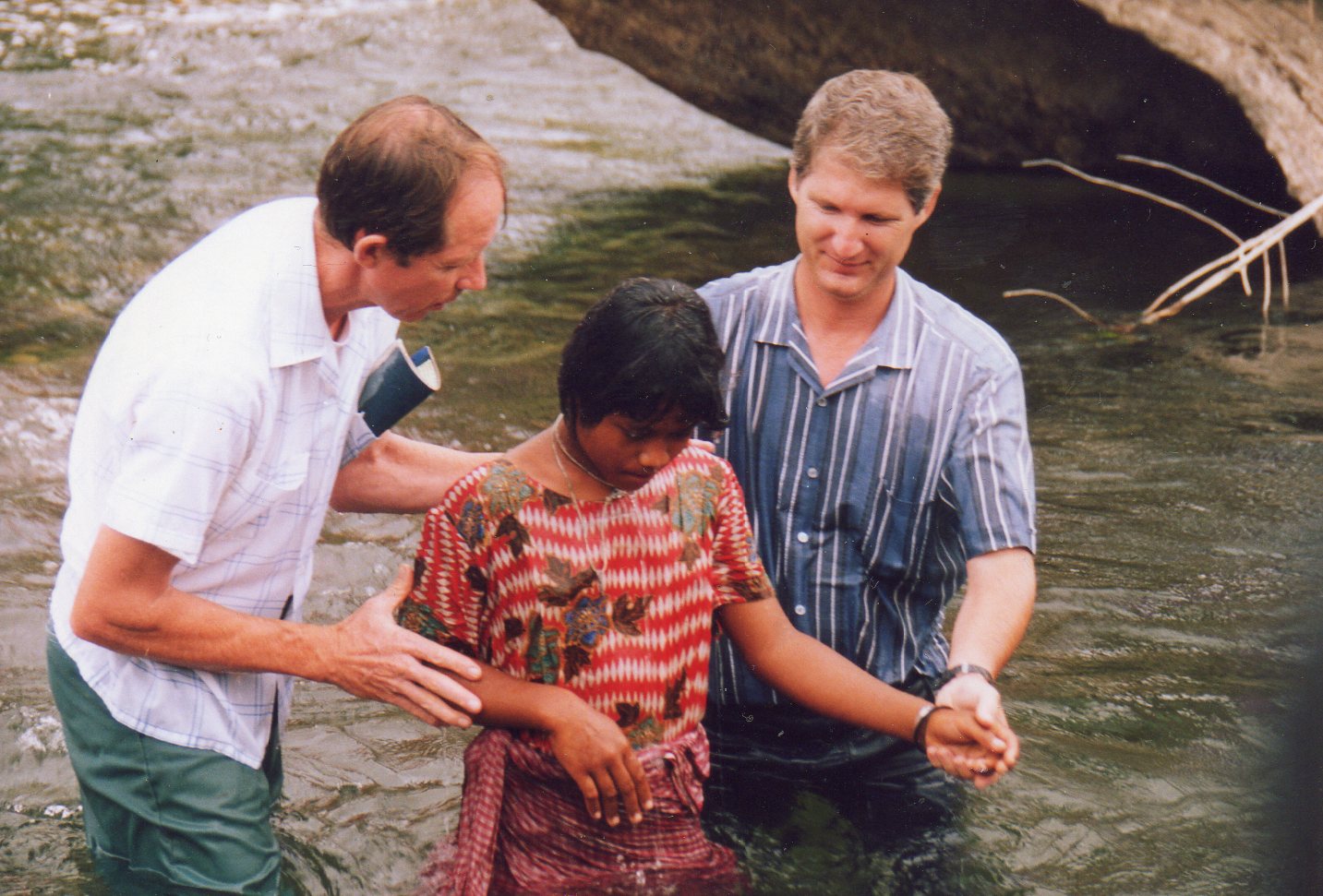 If we didn’t make relationships with them, they would have killed us

On an island in Eastern Indonesia lived a tribal, animistic and semi-nomadic people group called the Tugutil. In 1982, a multicultural team of workers counted the cost and sought to live amongst the Tugutil to share the good news with them. John & Betty Sharpe share their gripping and honest story which reveals God’s mightiness and power in transforming not just one person, but an entire village and people group into the likeness of Christ. We interviewed John & Betty Sharpe, authors of Tugutil and heard more about the transforming power of God amongst this people group.

In your book Tugutil, you were up to Genesis 3 in the sharing of God’s story and there was one key man Taunu who said that after hearing those truths, they had ‘crushed up the spirit rocks used to protect them when they travelled, and had thrown them away.’

What was that like for you hearing about God’s transformation in their life?

Betty: Initially we thought we haven’t got this language as well as what we thought we did because we thought we weren’t hearing correctly. It wasn’t just Taunu who was doing it, it was the whole group. It all started with their annual rice festival and that was shrouded in animism. It went for a week or two. They would all go off for it. We decided as a team that we would stop the teaching for that time because we didn’t want them missing any of the teaching and when we told them that, they said ‘There’s no need to do that because we’ve decided that we’re not having an annual rice festival this year, in fact we probably won’t ever have one ever again.’

John: Part of our strategy would be not to outright condemn any of their activities that were very unbiblical, we didn’t want to be critical of it or anything like that, we were just passive, we didn’t actively participate but didn’t go out of our way to condemn them either. By the time we’d been there for years and there was friendship and a fair degree of loyalty to us, we wanted God’s word to be the thing that would bring about the change. It was an internal change not an external change. It was belief driven and their worldview had changed, so when I said to him ‘Why did you do that?’ Taunu said, ‘We recognised that Satan who deceived Adam and Eve is the one who deceived us and given us all these things we’ve trusted in. Now we want to follow God and we want to hear him and now we want to throw it all away.’ And this all happened after we taught on the Fall.

What would you say about God’s transforming power in his meta-narrative story, even from the beginning in such a book as Genesis?

John: Romans 1:16 says ‘For I am not ashamed of the gospel for it is the power of God for salvation for everyone who believes’ and that’s what we have to witness. We had the incredible privilege of unfolding God’s story that these people had never heard, told to them for the very first time and watching the incredible impact it had on their lives. That was after many years of building friendships and relationships with them so that by then, after over 5 years, they trusted the messenger.

You look back at the whole process and what happened there and it took a long time to establish credibility with them. They were very suspicious at the start. I always think that’s the challenge to us here in suburbia in Australia before we give the message, you need to make sure the person trusts you. There is real wisdom in that. I know people will read a tract and some get saved through it, so you can’t say it is a one size fits all formula or things like that. God is going to do his work in many different ways but there is real wisdom to building those bridges and establishing them and building strong relationships with people where they know you care about them, and those people by that time were convinced that we weren’t going to harm them in any way. Betty had a massive role in that through the medical program and they knew that we wanted what was best for them and who cared for them. This was strong evidence in their lives that we genuinely cared for them.

Betty: The initial thing was relationships. That was the right thing to do for us in that situation because we wouldn’t have survived; they would have killed us otherwise. They would’ve killed us if we had gone into trying to share the gospel and the word of God with them because they had that very strong taboo. We knew about that, but it took 4 years of living amongst them, so if we had gone in without building those relationships and started teaching, they wouldn’t have put up with it, they would have just killed us.

How did you witness transformation in the Tugutil people as you shared the story, eventually reaching Christ? Was there an example of a key moment that you saw God at work as you told God’s story?

John: When we got to teaching about sin and the Ten Commandments, I had this clean white t-shirt to give us a little idea of the difference between God and us. And I said this is what God is like. He is pure and he is spotless there is no burn on him, no badness in him and he is absolutely right in everything he does. Then I held up a rag that was all dirty and I said, ‘This is what we are like.’ We break these ten rules that God has given and these rules show us what we are like. And Persis said ‘Well, I’m not like that dirty rag.’ And he stood up. I thought he was going to justify himself and be a bit mad or thought that I had accused him because they were very self-righteous and claimed that everyone else was very bad. I thought they would deny any wrongdoing. Peris said, ‘No if you’re going to make that rag like me you’ve got to make it really, really dirty.’ So, I sloshed it in mud and cow manure (which they really detested) and he said ‘Now that’s what my heart is like. When I compare myself to God, I am like that really dirty rag.’

These people saw that they had no hope. They were hopelessly lost. And if they were going to be right with God then God would have to do it. And that’s what the gospel message is. God rescues us when we were totally helpless and lost, he sent his son to do everything that was necessary to redeem us.

I believe it must have taken a lot of patience, self-control and perseverance working amongst the Tugutil. What advice or words of wisdom would you give to someone who is wanting to share God’s story from Genesis to Christ with a friend or people group?

John: I think if you can, find someone who is willing to meet with you regularly. There are just such strong advantages in that. Most people shoot straight for the gospel and we try and get them across the line and help them to just believe. Yet there has never been the time for them to consider things and for the spirit of God to impact their lives. I believe that new birth happens because of exposure to the word of God. And what you’re doing is, again, taking your time and giving people time to give them that understanding that God is holy. You’re going to have to talk about some hard stories of how God dealt with Israel and Adam and Eve and the stories of Abraham and God’s attitude when Abraham lied about his wife and the ongoing implications of that. We’re establishing God’s holiness and man’s sinfulness and inability to live a perfect life and his perfect standard. That’s what the law does. Leave the law out of it and only tell people they are sinners; well how would they know what that means? We often make a lot of assumptions that people understand the things we say, when often they don’t know. We might say something that perfectly makes sense to us, yet they don’t know the implications of that.

Going through the biblical narrative takes time. It brings them hopefully to the end of themselves and the realisation that Christ alone is the answer to this mess that we are in. He is the only one who can get us out of it and trust in him alone. That sort of clarity takes time when we unfold God’s story. We live in a society where everything is fast. The number of people that have said to me, ‘Well that worked over there but would never work over here because it just takes too long’. If I’ve heard that once, I’ve heard it a hundred times. The advantage of sharing the whole narrative is that by the time they become a believer, they’ve got such a strong foundation for going on with the Lord. This is because they have heard a lot of the Bible, they understand. When we just share the gospel with someone, they don’t have that advantage and then you’re trying to fill in a whole lot of gaps.

To read more of John & Betty’s story amongst the Tugutil, you can purchase a copy through Koorong or Amazon. 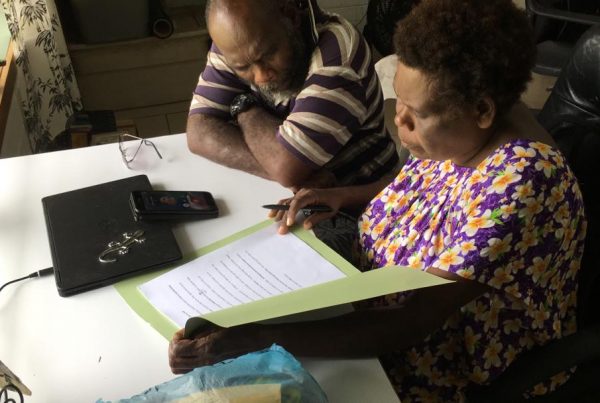 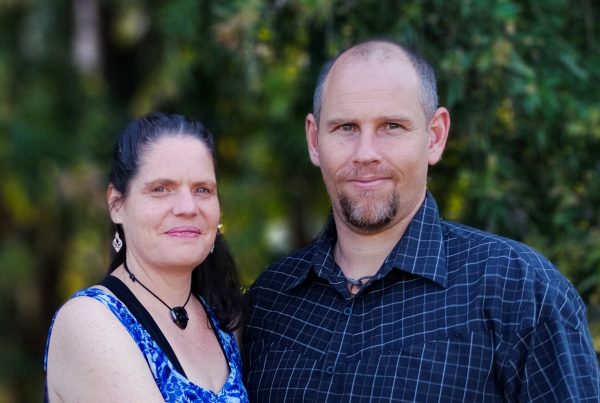 Where are They Now: An Encouragement to Persevere  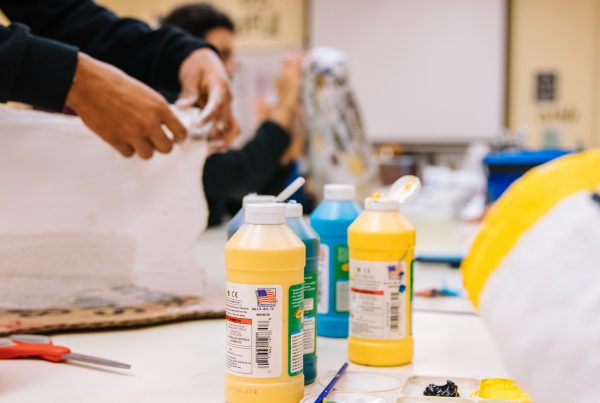 On The Journey: Art classes & the Nations